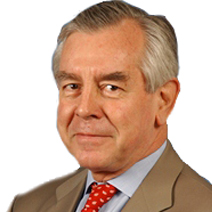 S. Anthony Wolfe, M.D. is Director of Plastic and Reconstructive Surgery at Miami Children’s Hospital, and Director of an ACGME accredited Craniofacial Fellowship that has trained over 60 fellows. Dr. Wolfe graduated from Harvard Medical School and completed a General Surgery Residency at The Peter Bent Brigham Hospital under Francis 0. Moore. He then went through a Plastic Surgery Residency at the University of Miami under D. Ralph Millard, Jr., M.D. Following this, he spent a year as Assistant to Paul Tessier, in Paris, and then returned to Miami to go into practice with Dr. Millard.

Dr. Wolfe is the author of numerous books (Plastic Surgery of the Facial Skeleton, with orthodontist Sam Berkowitz; a book on Facial Fractures, and a two volume biography of Paul Tessier entitled A Man from Héric) and translator of other (The Planning of Plastic Operations on the Body Surface, Alexander Limburg, from the Russian; Plastic Surgery of the Orbit and Eyelids, Paul Tessier and others, from the French; Rhinoplasty by Gilbert Aiach, from the French).

He was a member of the Florida Governor’s Advisory Council on Cleft Lip and Palate and Craniofacial Anomalies, and has served as a consultant to the National Institutes of Health Special Studies Sections Meetings. His sits on The Medical Advisory Board of Smile Train. He is a Clinical Professor of Plastic Surgery at the University of Florida and Florida International Universities, and a Professor of the Voluntary Professor at The University of Miami.

He is an Honorary Member of the Plastic Surgery Societies of Ecuador, France, Columbia, Argentina, Cuba, and Finland. He has been invited to operate in a number of American Centers (University of Texas, Galveston; University of Florida; Walter Reed Medical Center) and Centers abroad (Venezuela, Argentina, Ecuador, Cuba, Guatemala, Mexico, Russia, China.